Episode 7: An interview with Joanna L’Estrange 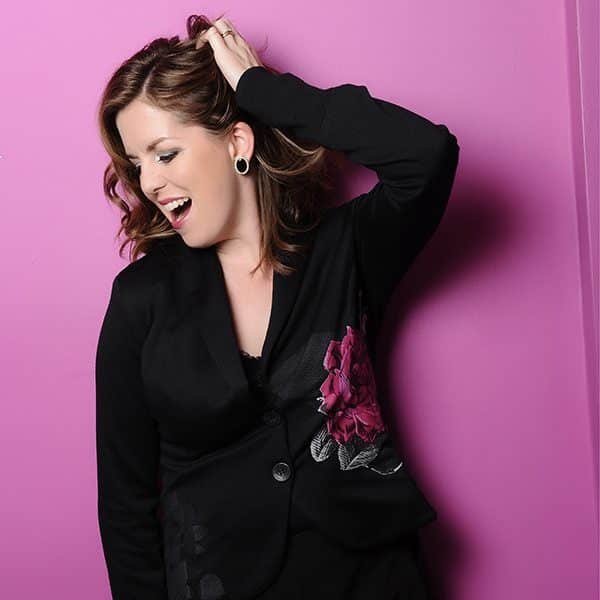 Each episode focuses on an element to performance to help you be your very best.  It also includes vocal tips and tricks, interviews, live music, and exclusive look behind the scenes of a Producer & Musical Director.

THIS EPISODE: AN INTERVIEW WITH JOANNA L’ESTRANGE

Joanna Forbes L’Estrange is a professional soprano and jazz vocalist whose stylistic versatility and consummate musicianship has resulted in a busy and varied international career.

A Master of Arts Music graduate of Oxford University, she was Soprano and Musical Director of the multi-Grammy Award-winning a cappella group The Swingle Singers from 1998 to 2004. She devised her popular choral workshop You can sing…but can you swing?! (with an accompanying set of jazz warm-ups, published by Faber Music) for the 2005 ABCD conference and has since been successfully coaching choirs and a cappella groups all over the UK in the art of singing choral jazz arrangements. As a conductor, adjudicator and workshop leader, Joanna works for corporate training, NYCGB, Eton Choral Courses, BBC Choir of the Year, Association of British Choral Directors, London A Cappella Festival, Ingenium Academy, SingUp and Voice Festival UK, of which she is a patron. She has conducted choirs of 100+ singers for three CD recordings of large-scale choral works by her husband, composer Alexander L’Estrange.

Working with the world’s leading orchestras and contemporary music ensembles, Joanna enjoys a full diary of engagements as a solo artist and has appeared at the Proms, Edinburgh Festival and Glastonbury; she sings for the RPO’s Symphonic Rock concerts and for the Royal Ballet’s acclaimed production of Alice’s Adventures in Wonderland. Specialising in modern amplified music, her concert repertoire includes Howard Shore’s Lord of the Rings, Duke Ellington’s Sacred Concerts, numerous works by Steve Reich including Music for 18 Musicians, The Cave, Desert Music, Three Tales and Tehillim, Stockhausen’s Stimmung, John Adams’ Grand Pianola Music and Luciano Berio’s Sinfonia, which she has performed over forty times all over the world.

As a jazz/crossover singer, Joanna performs the soprano solos for Will Todd’s Mass in Blue many times a year. “A stunningly flexible voice, flawless musicianship” (Will Todd, composer of Mass in Blue); “A voice so suited to Mass in Blue that Todd might have written it just for her” (Edinburgh Fringe Review, August 2015) With her jazz duo, L’Estranges in the Night, which she formed with her husband twenty years ago, Joanna delights audiences with a mix of original songs, jazz standards, show tunes and cabaret numbers. Their acclaimed debut album New things to say: Songs of L’Estrange & Legrand was launched to a sell-out audience at Soho’s iconic Pizza Express Jazz Club. Joanna is a member of two vocal sextets, London Voices Consort and Tenebrae Consort, with whom she has recently recorded an a cappella CD of original songs and arrangements by former King’s Singer Bob Chilcott.

Joanna lives in Hertfordshire with her husband and their two musically gifted sons.