Home » On Stage at the Royal Albert Hall

On Stage at the Royal Albert Hall 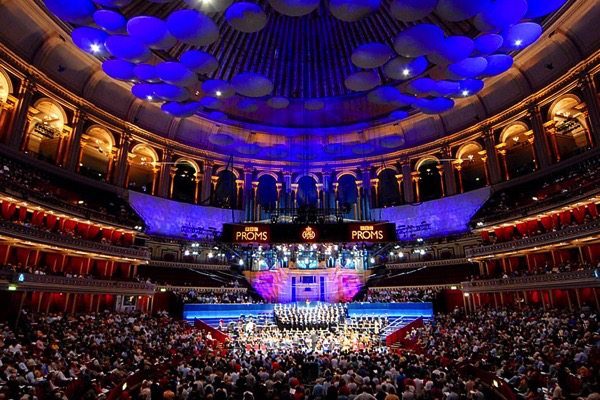 Having been booked this week to appear at this year’s BBC Proms alongside 15 other amazing singers, it never ceases to amaze me just how exciting it is to perform at London’s Royal Albert Hall. I’ve performed there perhaps over 20 times over the years but yet it is without doubt my favourite performance venue and I never take it for granted. I still gasp in awe at its vastness, its greatness and its ability to intimidate and scare you! I love it.

I remember my very first performance at the Royal Albert Hall. It was during my days singing with the London Philharmonic Choir (1995-2000) – it was a performance of Mahler’s Das Klagende Lied on 23rd August 1995 conducted by Alexander Lazarev. I was new to singing classical music on this scale and it was daunting to say the least, but I still remember how it felt to this day. I was super-nervous, excited, exhilarated and motivated to give the performance of my life. An amazing choir, an 80 piece symphony orchestra coupled with sought after soloists from the worlds of classical and opera. Wow. A filled-to-capacity Royal Albert Hall – 5500+ people crammed in and excited to hear us perform this rare but great work. Live on BBC Radio 3. It’s no wonder I was nervous.

Some 21 years later, and I’m performing there again, this time with Maida Vale Singers, a group of insanely talented singers from worlds of classical music and musical theatre, directed by Christopher Dee. John Wilson conducts the John Wilson Orchestra with Louise Dearman and Julian Ovenden as soloists, and I am probably just as excited as I was the very first time I performed there. With the added nerves of being ‘out front’ rather than in the choir stalls, and being live on TV. There is no room for error. Intense, intimidating and super-exciting, it will no doubt be a great night on Saturday 13th August 2016.

Backstage is a very busy place during the Proms, with the BBC broadcasting on TV and Radio, backstage staff planning and meeting production needs, and artists milling around nervously. It’s intense but exciting, with everyone wanting to deliver their very best in performance and in production.

The 10min call then relays out on the tannoy calling the orchestra, the choir and the soloists. Your stomach sinks, you start feeling the tension of the impending performance, and you start getting ready for the moment. 5 mins later and you walk on stage again in awe of vastness of the great hall and it’s 5500+ prommers. And then you’re on….. before you know it, you’re singing your heart out, you’re giving it everything you have, and you are loving it!

You blink. It’s over. And your adreneline has gone crazy. You’re buzzing. What an experience. The sound, the music, the audience. You want to do it again. It’s like that rollercoaster feeling – you just want to go again. Total elation.

And that’s why we do this amazing job.

Russell Scott will be performing at the BBC Proms on Saturday 13th August 2016.
For more information on this prom click here.