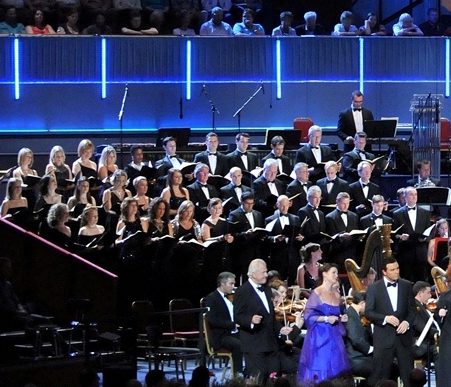 THIS EPISODE: The Life of a Fixer – How to get work!

This episode features an interview with Maida Vale Singers’ Director, Christopher Dee.  We talk about his entry into the world of music, how he formed the Maida Vale Singers, and what it takes to be a session singer, how to get work, and the skills you need.

I set up Maida Vale Singers because I felt that the middle area of work, Musicals, Operetta & Light Classical, was not being adequately covered. This is the area that suits me best, as I have a classical background, with a passion for lighter music, so I have been singing this type of music all of my life. I also studied as a professional percussionist, so I am ‘hot’ on rhythm, and getting music performed tightly and accurately.  In my 20+ years of performing on stage, as well as working as a session singer, I have built up a database of nearly 500 singers. As the singers are individually selected, depending on their suitability for each particular job, there is little tension within the group, resulting in a relaxed atmosphere. On top of using the best session singers in the business, I am constantly on the look-out for fresh new talent, and visit the showcases and productions at The Royal Academy Of Music and Mountview Theatre School, as well as other music colleges and drama schools. As a result, I have an outstanding database of soloists to draw from, for step out roles etc. with ‘playing-ages’ ranging from mid teens upwards.  The advantages of booking the Maida Vale Singers are; An unsurpassable attention to detail, and a much better atmosphere in the sessions, creating a better end result in less time. The singers are happy, the fixer is happy, and the client is happy.

All Posts »
PrevPreviousEpisode 15: How to REALLY Perform A Cappella
NextEpisode 17: Studying in London: Studying in New YorkNext