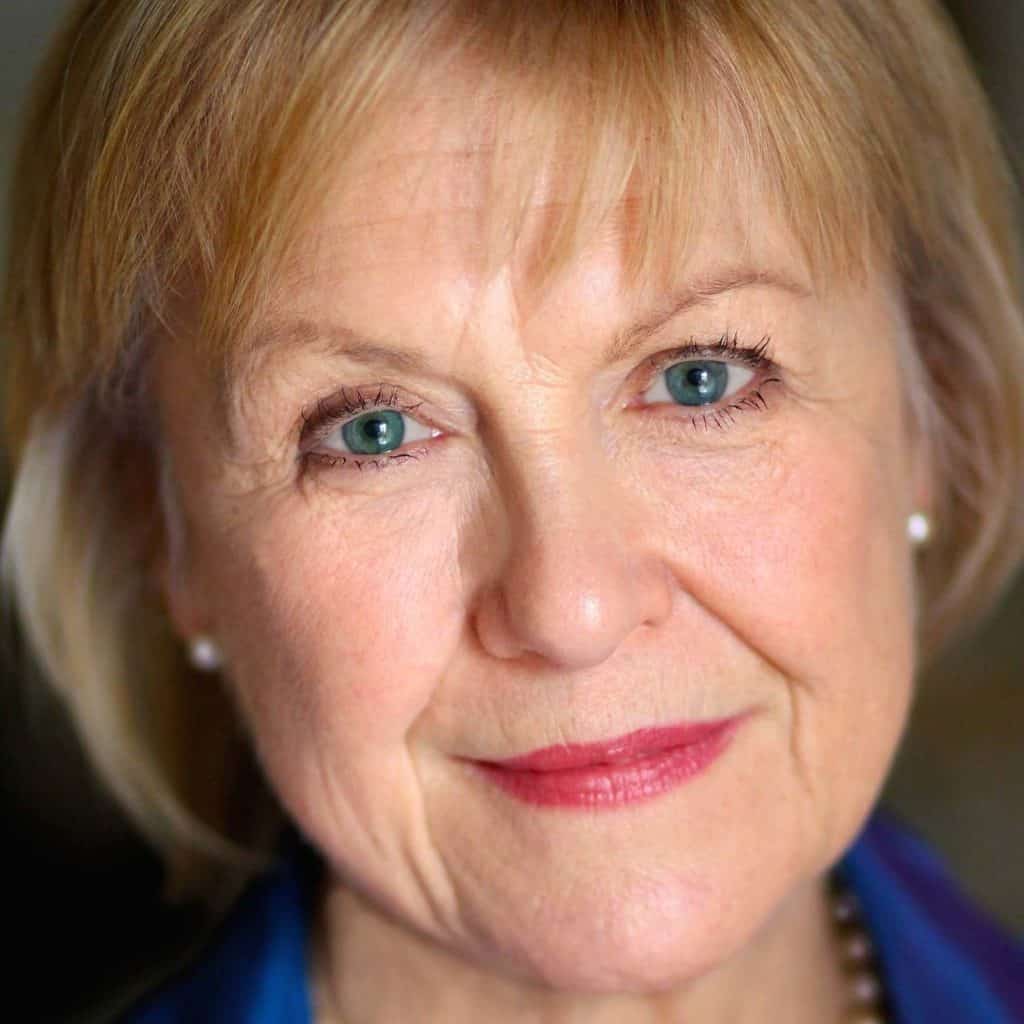 THIS EPISODE: An Interview with Gay Soper – Godspell, Frankie Howard & The Flumps!

Gay Soper is perhaps best known for her performance in the musical Godspell in 1971, as well as Mme. Thenardier on the Complete Symphonic Recording of Les Misérables. She also performed all the voices for The Flumps, a famous children’s TV series in Britain.

Gay trained at LAMDA ( from 1963-65, alongside Brian Cox, Martin Shaw and Maureen Lipman), and made her professional debut at 19 playing Eliza Doolittle in My Fair Lady, a major UK tour, with the legendary Zena Dare as Mrs Higgins.

Theatre: 2015  marked Gay’s celebration of fifty years in showbiz, and playing in Funny Girl as Mrs Strakosh marked her third time playing the intimate Menier Chocolate Factory in Southwark Street, SE1.  Her previous roles there were a week’s guest appearance as Berthe in Pippin 2011, and in 2005 George’s Mother in Sunday in the Park With George (with Daniel Evans as George), winner of five Olivier Awards, which transferred to Wyndhams in 2006. In spring 2016 Funny Girltransferred to the Savoy Theatre playing there from April 9th till October 8th, with Gay in the role of Mrs Strakosh.

From 2013- 2015, Gay played Mrs Alexander in the 7 Olivier Award winning production of The Curious Incident of the Dog in the Night Time for the National Theatre, showing at the Apollo and Gielgud Theatres. Previous leading roles in London include: over 1000 performances in The Canterbury Tales (Phoenix) as Alison, Molly and May, original London cast of Godspell (Roundhouse and Wyndhams 1971-3), Barbara in Billy (Drury Lane 1974), Les Miserables (as Madame Thenardier from 1988 to ’91), Side By Side By Sondheim ( 1977 Wyndhams and Garrick), Good (RSC, Aldwych), Debo in The Mitford Girls (1980, Gielgud), Phyllis in The Ratepayers’ Iolanthe (Phoenix), Yvonne Potier in Mother Courage and He Children (NT, Olivier), Anna in Lend Me a Tenor the musical (Gielgud), Lady Raeburn in Salad Days (Vaudeville), Chanteuse in Marguerite (Haymarket).

As Frauline Schnider in Cabaret, here with Barry James

Operetta: Buttercup in HMS Pinafore, Mad Margaret in Ruddigore for Opera Della Luna; Ruth in Pirates of Penzance for Regents Park Open Air theatre and also for Carl Rosa, Prascovia in Merry Widow for Carl Rosa; and Marcellina in Figaro for MTL.

Television: Gay played Susan Crighton-Jones opposite Jonathan Cecil in two series of Romany Jones (ITV), and opposite John Wells in the role of Veronica Sweet in two series of Rude Health for Channel 4; made several appearances in The Bill, and the sitcoms Father Dear Father, Bless This House, Never the Twain with Donald Sinden, and Barbara. Dramas include The History of Mr Polly, The Needle Match, The Agatha Christie Hour, Unforgotten.  Movies: The Ups and Downs of a Handyman(opposite her then-husband, Barry Stokes), and A Christmas Carol with Kelsey Grammar in 2005.

Voices: Gay is the voice of all the Flumps for BBC Childrens TV, and has voiced many commercials, childrens stories, and poetry. Gay sings on many original cast recordings, including Canterbury Tales, Godspell (Bell records, 1971), Billy, The Mitford Girls, Which Witch London cast recording, Lend Me A Tenor the musical, Marguerite, Sunday in the Park With George, Les Miserables complete Symphonic recording. Also I Remember Mamma, Cabaret, for TER records, Mrs Bennet in Pride and Prejudice for Bernard J Taylor, A Present from the Corporation, and many more.