Episode 11: An Interview with Warren Bacci 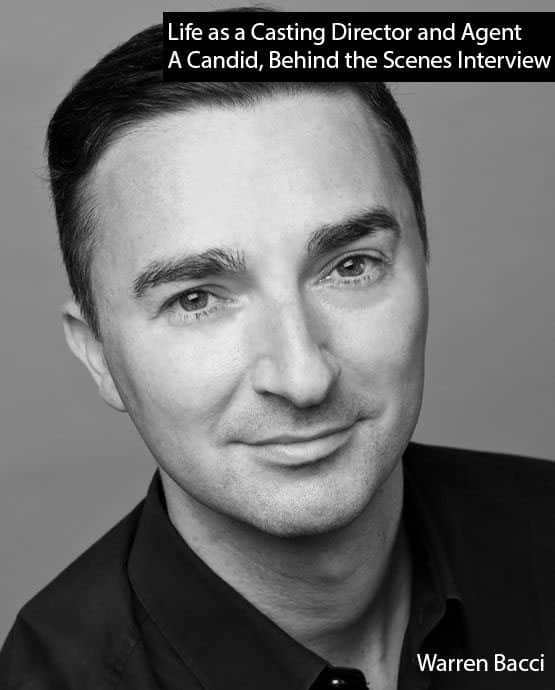 THIS EPISODE: AN INTERVIEW WITH WARREN BACCI

This episode features an interview with Casting Director and Agent, Warren Bacci.  It’s a CANDID, behind the scenes look at the industry and the life of an agent.  With some really great insights into the agency world, he reveals his tips to help on your journey as an actor.

Warren continues his career as Principal for Hertfordshire’s leading stage school: “Top Hat Stage & Screen School”. With over 10 years teaching children in drama and dance. Warren is also seen regularly judging various talent shows. He trained in Scotland and has appeared as an actor is a variety of TV and films including: The Bill, Waking the Dead, Hotel Babylon and Silent Witness, as well as films and theatre. As casting director he has worked on a variety of projects such as short films, comedy series and music videos and has been running the “Children’s division” of Top Talent Agency since 2008 to great success. in 2014 he also won “Business Person of the Year” at the Hertfordshire Business Awards. He has welcomed a great team of talented bookers and is very committed, passionate and hard working. Dedicating himself and his staff to his clients’ career and continued growth.

All Posts »
PrevPreviousEpisode 10: An Interview with David Combes
NextEpisode 12: What Makes A Great Choral Workshop ?Next